Hello, everyone! We’ve been thrilled with the reception of last month’s launch of Puyo Puyo Tetris 2 on Xbox One and Xbox Series X|S. The game has encouraged players to go head-to-head in competitive and casual matchups between friends and family to prove who is the ultimate puzzle master.

All the new content we’ll be discussing today will be available to players immediately after they download and install the new update. On that note, we’d like to provide a deeper look into one of the big features being added to the game today, in the first of a series of free content updates coming to Puyo Puyo Tetris 2 — the Boss Raid mode!

In the new Boss Raid mode, you and three of your friends will team up online in cooperative play to take down a common CPU-controlled foe, with each player having their own separate board to play on. Matches are completed using the same rules as Skill Battles, where you can use every character’s skills and your collection of Item Cards to gain the advantage.

Both casual and competitive players can jump into this mode at whichever skill level they prefer with the different difficulty options. Changing the difficulty will add more bosses you must fight in a row: on Medium, you’ll fight 1 boss; on Hot, 2 bosses; and on Spicy, 3 bosses! Higher difficulties will have different level requirements, so make sure your team has the strength to survive this challenging gauntlet.

During the Raid, players will have the opportunity for “Chance Time,” where they must meet or exceed a random condition (e.g., inflict X damage at once, survive for X seconds) to inflict major damage to the boss. Of course, bosses aren’t just going to sit around and take that damage — they’ll have a slew of unique skills to counteract these attacks, such as the Searchlight item from Party mode, which obscures player boards.

Players will earn Item Cards and experience points for completing Boss Raids which you can then use in Skill Battle mode. Better rewards will also be distributed for higher difficulty levels, so try your best to continue refining your skills!

But that’s not all. The eclectic character lineup in Puyo Puyo Tetris 2 is also getting a few more familiar faces — four new characters are being added with today’s free update!

First up is everyone’s favorite Blue Blur, Sonic the Hedgehog! Equipped with unmatched speed and a knack for justice, Sonic is joined by Lidelle, a shy student from Primp Magic School; Ms. Accord, a teacher from the same school whose lesson plans can be somewhat peculiar; and The Ocean Prince, a somewhat selfish royal creature who can transform into a human with the use of a certain spell.

Be sure to pick up Puyo Puyo Tetris 2 on either Xbox One or Xbox Series X|S and check out all the fresh new content arriving today, with more to be added in the coming months. And as always, please stay tuned to the official Puyo Puyo accounts on Twitter, Facebook, and Instagram for all the latest! 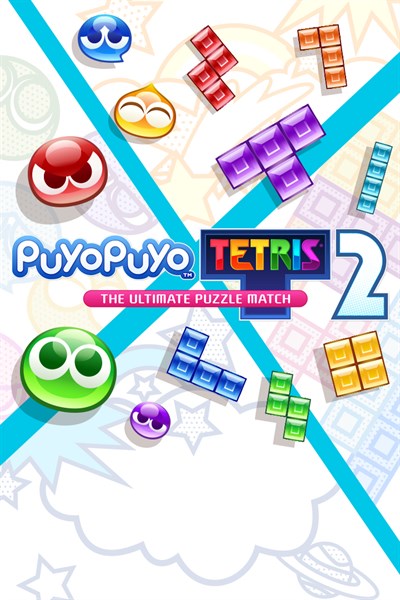 Japan’s beloved puzzle game series Puyo Puyo and the world-renowned Tetris® game franchise have teamed up again to deliver even more Puyo-popping and Tetrimino-clearing fun in Puyo Puyo Tetris 2. Playing is easy: match 4 or more same-colored Puyos or complete a line of blocks to clear them from your board and dump Garbage into your opponent’s game. But keep an eye on what’s coming your way too.

Play traditional Puyo Puyo and Tetris…or mix them together to level up your game. Offline or online, you’ll have loads of modes that let you play the way you want from single-player Adventure to couch-competition Versus to ranked Online matches, and more.